There’s a great deal of comfort in being open about dying. At least there is to me. Once people know it’s ok to talk about it they can join you in finding ways to deal with things. I know that not everyone has a family like mine that just wants you to feel happy and cared for but in that case I hope they have friends to fill that gap.

One huge worry/concern I have is leaving Harry behind. I think it’s pretty clear that he knows I’m not well. His cuddle factor has reached 11 and today I think God used Harry to give me a gigantic soft hug.

Karen and Mike have kindly agreed that they along with Caleb and Emily will take Harrison in when I die. The main idea is for him to be Emily’s boy like their cat Whiskers is Karen’s boy. They’ll put Harry’s bed in Emily’s room and encourage him to sleep there. Wherever I put that bed in my apartment is where he sleeps. Even surrounded by oxygen cords, yup still sleeps there. So we’ll see. Hopefully whiskers can open his heart and put up with being lectured at which is Harry’s go to reaction with other cats.

Anyway today after a nice lunch Emily asked Harrison for a kiss and was denied. However he did lean in multiple times for something even better. Harry marked Emily as a beloved person.  And this right here with Karen in the background is a terrific comfort to me. 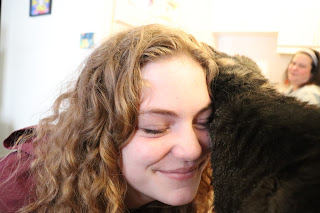 A few hours later Harry’s uncle Henry came over. Another person he loves. My boy will be well taken care of. 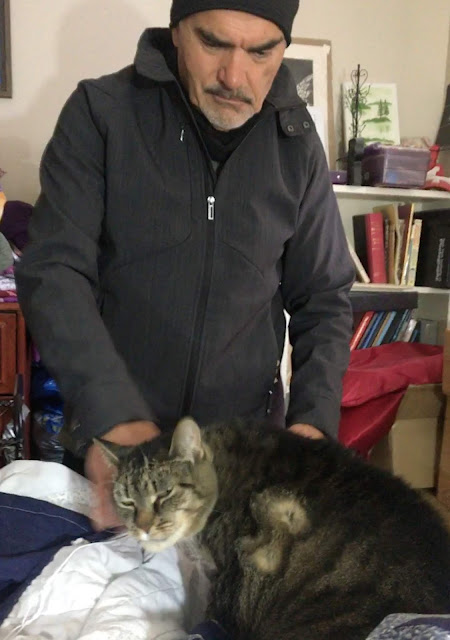 Well here’s the deal. The radiation worked. It held the big dirty sock of a tumour at bay and even shrank it a little. So yay!

You hear the but coming don’t you?

The ct scan also shows more new nodules and lymph nodes affected by cancer. This likely means no more treatments. I’m doing ok except on Saturday, before I got this news, I had a pretty sudden pretty severe increase in pain in the dirty sock area. Hug me at your own risk! I’ll likely be getting a pain pump which will hopefully help ease that up. Please do your very best not to feel sorry for me. Believe me when I say I’m not done having fun and you can come along if you’d like. 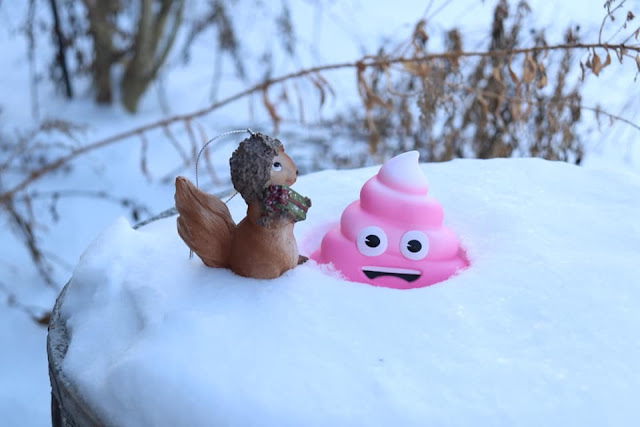 Look away if you don’t want to hear words like palliative or hospice but I had a good laugh today when my nurse called to tell me I’d been discharged from the palliative nursing team! I knew it was a mistake but I said “Yay I’m all better!” We laughed and when she came over she told me it was the ostomy nurse I should have been discharged from. (Still working on that pesky Peetunia side.) But no I’m still on the palliative nursing side even if only once a week. And even though I hardly used my oxygen today. The pain continues to get worse which is confusing because of the terrific breathing. Maybe because I’m still on antibiotics so the tumour isn’t infected and causing fevers etc? I don’t know.

Anyway I go for a ct scan later this week so there’ll be more answers after that. And one thing I do know is that I am SO much appreciating your love and prayers.

Today I got all sporty and looked in my nursing binder that they leave here and saw the scale they use to judge when you’re ready for hospice. I know I was fairly low during radiation which is normal but if you factor in all the limitations I had before the most recent diagnosis, and ignore the “feels like an arrow through my shoulder” pain which is usually under control especially since I now use a timer, thanks karen!) I’d put myself pretty high at the present moment. Maybe 80 or 90? Taking points off for maybe needing oxygen? 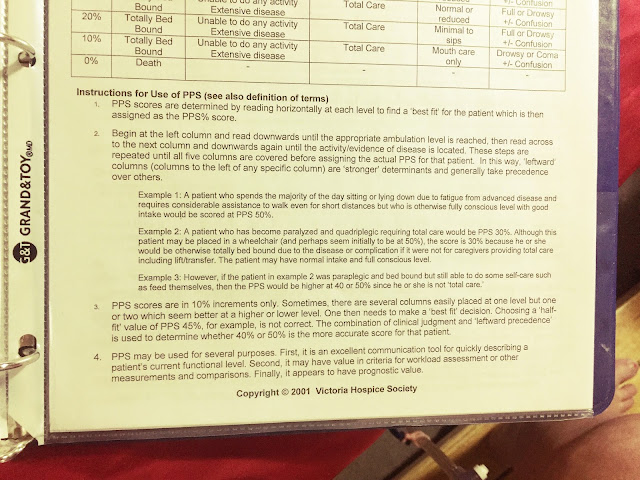 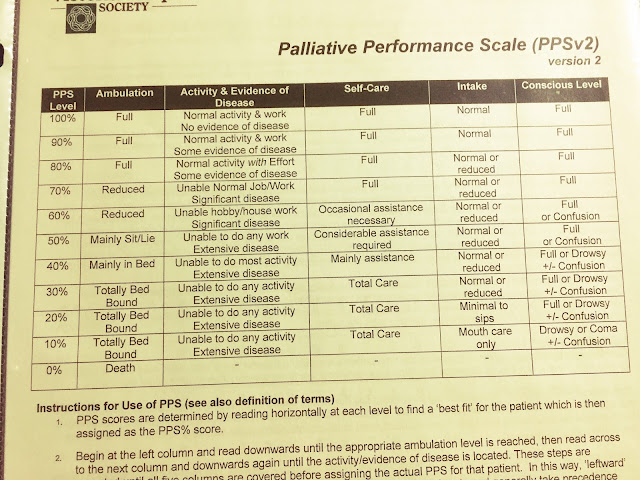 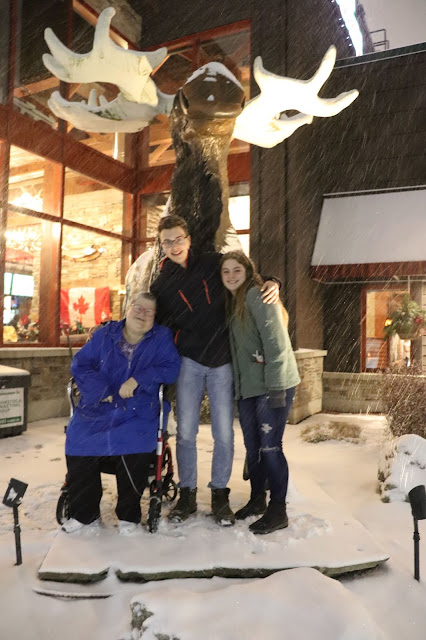 Really special evening saying see you later to this guy, my nephew Caleb, who is off Tuesday on a mission trip for 6 months. We don’t know where he’ll end up going after his training and we don’t know if I’ll end up leaving during that time. Right now except for pain I feel great. Who knows? We just know we love each other and in the long run it will be okay.

We had fun eating wings, telling favourite stories and recreating pictures from previous Moose visits.  So proud of these two and I couldn’t love them more. I know it seems odd to say I feel great except for pain but pain I can deal with. I have a family doctor who gives me enough pain meds, I’m not coughing much, I’m not in the hospital, I have a good appetite, (maybe too good but I’m not going to worry about that) I have all the company I could desire, I only have to be home for the nurses one day a week, I had a great Christmas, I have lots to look forward to, I can bathe myself, I’m warm and dry, I have a cat tucked sleepily into my side, and I have enough mustard.

Does it absolutely 100 percent break my heart that I may never see Caleb again here on earth? Oh yeah it sure as hell does. But he’s going on an adventure and I’d never want to hold him back. Every night at bedtime we went on adventures with an imaginary horse, named with great imagination, Horsey. Horsey and Caleb most of the time flew into outer space meeting new and exciting friends and solving great problems. And when asked what his future goals were Caleb said he wanted to be an astronaut or a dad. So yeah I’d like to find out, but I know whatever he decides he’ll be great at it and I could not be more proud of him. This is what he made me for Christmas. 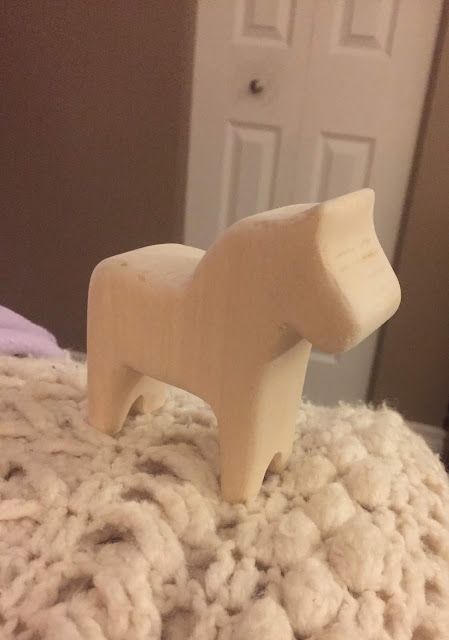 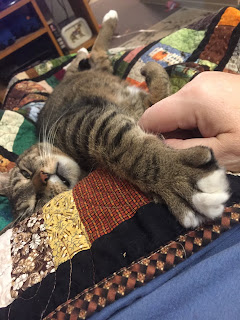 I’ve been having lots of fun! An evening painting party, Emily’s band concert where she played a solo on her saxophone, a fun movie experience last night and lots of going out to eat with dear people. Oh and I’m caught up with The Crown. Makes me mad that I’ll likely miss the Dianna years!

It’s hard not to wait for the other shoe to drop. I don’t know when the pendulum of the good things the radiation brought about will start swinging back the other way. But I’m trying not to think about it. My doctor increased my nerve pain medication and it makes me drowsy which is ok too because if I know WHY then it’s not worrying. My next scan is not till mid January so I’ll know more then.

I continue to plan what I call “the service.” I don’t think it will be your conventional funeral and I don’t want to spoil the surprises that people are kindly helping me prepare. It makes me happy to know there will be some swag to take home. I think I’ve found the perfect officiant who wants to meet me before the big day and there’s a poem I wrote 8 long years ago when I was first diagnosed with cancer. Wow have the people I wrote it to ever changed! Some were not even born yet and some have children of their own! So many bonus years and now hopefully many bonus months. Wow wow wow!

Speaking of shoes dropping. I didn’t just buy mustard I bought some new shoes too! Now that’s a commitment to living!

I wrote the following on Face book too but I want a record of it here too. Especially the part where I thank the people in Hamilton because they were fantastic!

Was supposed to go see my gyny oncologist in Hamilton today but we decided not to go while it was storming yesterday so of course it was nice today but honestly I probably wouldn’t have gone anyway, riding in a car hurts my shoulder and increases nerve pain. I don’t mind if there’s a fun cookie destination at the end of the ride but going to a cancer centre isn’t fun. To be fair the Hamilton cancer centre does in fact have a lovely volunteer pushing a juice and cookie trolly around, but the cookies aren’t up to snuff. Trolly, Up to snuff? Did I mention I’ve been watching The Crown? 😄

So what I did was stay at home with a very cuddly cat as you will see and called the gyny oncologist’s nurse and she’d been talking to the doctor and we all agreed that unless there was a problem in their field of expertise I’ll stick to Kitchener now. I can always call them if needs be. I thanked them (and I thank God) for 8 years of life after a cancer diagnosis that could have potentially been less than a year. Skin cancer is no joke in the vulvar region it can invade your lymph nodes like wild fire. It’s no joke anywhere really. No one should sun bath.
Posted by Rutheee at 14:11 No comments:

Get it while you can! 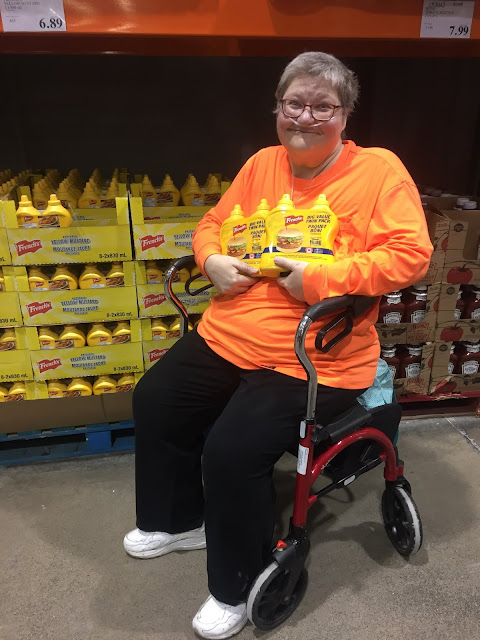 Can you see the headline?

Lots of fun at Costco tonight with friends Kathy and Jessica!
Posted by Rutheee at 17:15 No comments: 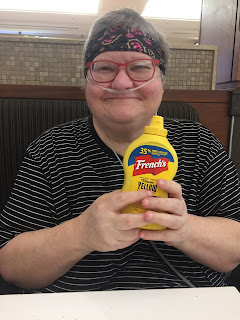 Ladies and gentlemen I bought the mustard! It was especially gratifying to buy it after my appointment with the radiation doctor today. She feels the recent scan was done much too soon and has scheduled another for mid January when the radiation results will be more accurate. Barring unforeseen circumstances and judging by how great I feel right now she feels I’ll be around then and more. How much more is again unknown, the cancer will not go away, but she says I’m not ready for hospice and I’m taking this as licence to live life to the fullest. For me this means live my best ordinary life and say yes as much as possible to love. Tonight we went to the mall and I had my first ever hot pretzel! Then Rezonation quartet came and Christmas caroled Harry and me! They witnessed me signing my completed will and kindly agreed to sing at my service. Oh and let’s not forget Sheri brought me coconut pecan tarts! It’s just all so sweet and having a little longer than I expected is unbelievably fantastic!
Posted by Rutheee at 18:58 No comments:

Rutheee
As I continue to recover from cancer and multiple knee surgeries photography has become my passion. Walking outdoors represents freedom and every twig has some beauty in it to find. Thanks for joining me and my cat Harrison on our walks!